The books you find here may not be your typical romances, but the theme of love runs strongly through all.

Carol Burns, editor of Cornwall Life magazine, made her debut as a novelist with the bitingly funny Cover Story in which a London-based journalist finds herself banished to Cornwall as editor of the legendary Compagne magazine. Meanwhile, in Little White Lies, another journalist finds herself at the heart of an ongoing police investigation, and losing her heart to a police detective.

Described by the author as ‘chick lit for grown-ups’, All Desires Known is a beautifully written and described story, of city-dweller thrown into country life, in the village where her disaffected vicar husband grew up. Cue the beautiful ex, and the handsome gardener, and… well you’ll have to read it to find out. 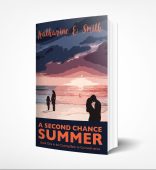 A Second Chance Summer and After the Sun form parts one and two of Katharine E. Smith‘s Coming Back to Cornwall series. 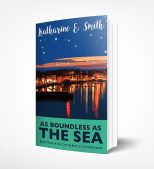 Originally planned as a trilogy, the third book is the festive, funny and feel-good As Boundless as the Sea. However, it was extremely hard to not go back and the series has been extended, with Sticks and Stones, 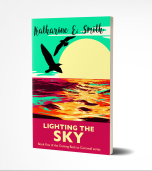 Lighting the Sky, and now books six and seven, Something About the Stars and Weathering the Storm (published December 7th 2020).

Follow the stories of Alice and Sam, and Julie and Luke, two pairs of best friends who first met when they were eighteen and ten years later find themselves back together, in beautiful, magical Cornwall. Much has changed in ten years but there are some things which time cannot affect. This is an uplifting, inspiring and funny story of love, friendship, ambition and family.